It is an undeniable fact that some horror fans also can be huge softies. We enjoy our healthy dose of gore, scares, and violence, but we are not dead inside. No matter how horrific or distorted, we can always find beauty even in the most awful creature if the situation calls for it. This is precisely one of the central premises of Yuki Midorikawa’s manga and anime adaptation Natsume’s Book of Friends. Like other media that explores creatures like yokai, they can be funny and cute, but also a hell of scary. Yet, that does not mean they are not worthy of compassion and understanding.

Natsume’s Book of Friends is a slice of life anime that dares reconfigure known staples of Japanese folklore mythology to create a wholesome tale about how everyone matters in this weird and chaotic universe. Through the life of an orphan teen named Takashi Natsume and his mysterious inugami companion, we can learn how to be kind and overcome our pain through connections, whether they are human or supernatural. 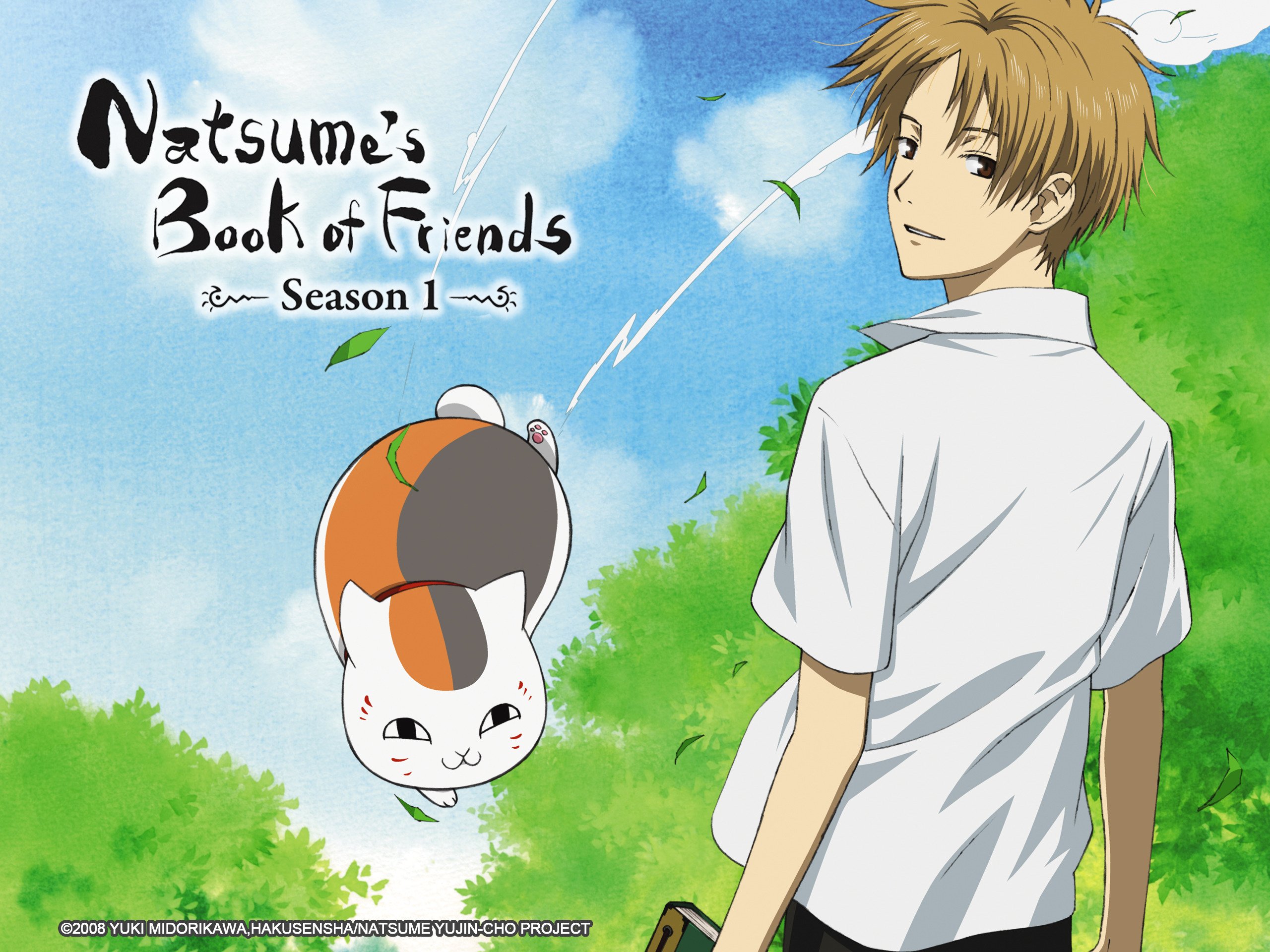 What is Natsume’s Book of Friends about?

Since he can remember, young Takashi Natsume can see all sorts of supernatural entities, including ghosts and yokai. Unfortunately, his life has not been easy. As his parents died when he was little, he has been passed around among relatives during most of his childhood. Consequently, this has brought him a lot of trauma. As he often mentions, some families are straight-up abusive, but others, while kind at first, soon get tired of the weird phenomena that usually surround him. Due to this situation, Natsume has become a teen who is afraid to get attached and resents his powers.

Things start to get better when he goes to live with the Fujiwaras, a lovely couple who lives in the same town where his grandmother Reiko was from. Like him, she also was able to see yokai and was ostracized because of that. After going through her experiences, Natsume founds something called “The Book of Friends”,  a valuable item containing the names of spirits she bullied into servitude. At first, the boy is horrified to see that local yokai want to force him into dissolving their binding or acquiring the book for themselves.

Luckily, he encounters Madara (also known as Nyanko-Sensei), an inugami with a mysterious connection to Reiko. After butting heads, they reach an agreement: when Natsume dies, he gets the Book of Friends, but, in the meantime, he must protect him from hostile enemies. As time passes, he realizes that not all yokai are bad, and some even have a real appreciation for Reiko or other humans. At the same time, he starts to open up to his foster parents and classmates and allows himself to heal from his sad past.

Why Natsume’s Book of Friends is so good?

Despite its use of characters like yokai, monsters, and ghosts, Natsume’s Book of Friends is an extremely feel-good series. In each anime episode or manga chapter, we can see how Natsume or someone around him flourishes by the simple fact of offering a helping hand or showing some compassion. Yokai here are often just as misunderstood as Natsume was during his childhood, but if you are patient enough, you can see that they are hurting or just want some kindness in their way. The same principle applies to humans, whether they have supernatural abilities or not, their interaction with yokai helps them to realize something important about their lives. It might not be a huge discovery, but it is important enough to bring them happiness or a positive change. 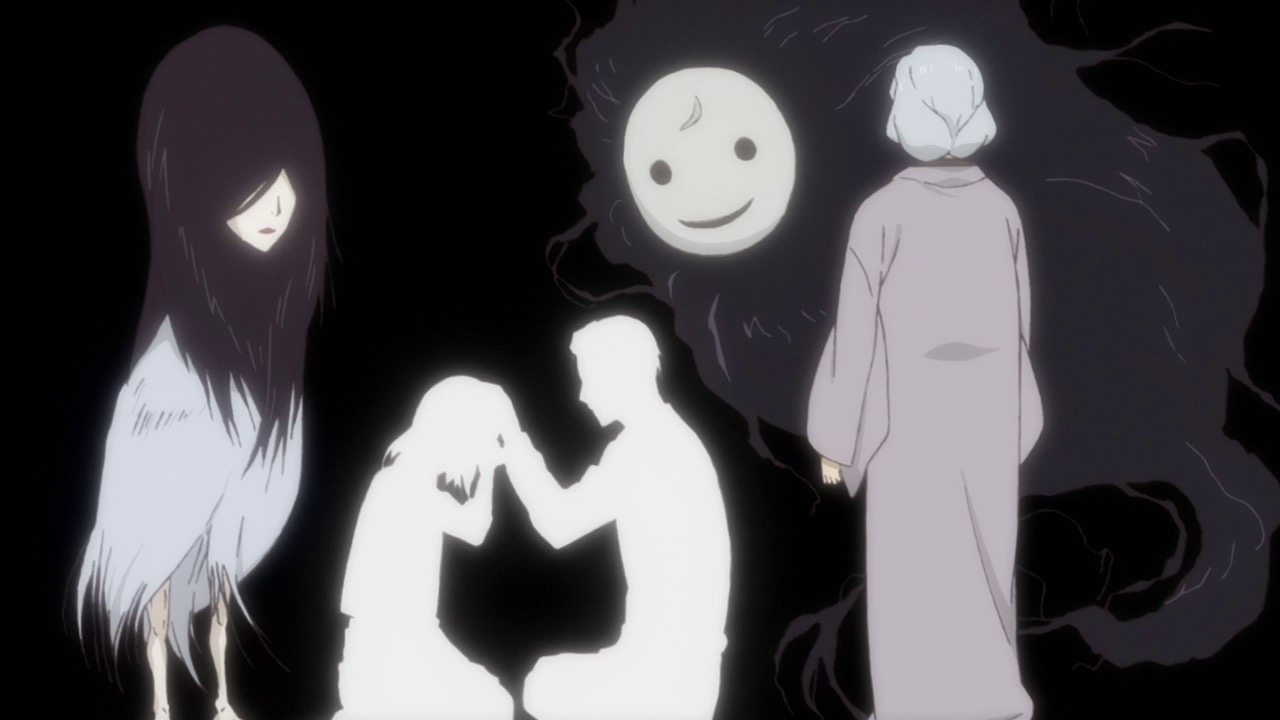 This does not mean that Natsume’s Book of Friends is pure joy. More often than you expect, these important lessons come with great loss or sad departures. The circumstances that create conflict are not sugar-coated either. For example, Natsume’s reluctance to befriend others comes from years of neglect and some terrible instances of child abuse. As for supernatural beings, resentment toward humans can originate from mistreatment or unfair misunderstandings. It is fair to say this show does not shy away to show the nastier elements of life. However, while it is not explicit about it, it helps to add value to the more positive experiences shown. It makes the show feel genuine instead of naïve or worse, patronizing.

From a technical standpoint, this show is a treat for your eyes and ears. Since it takes place in a rural area, inspired by the Kumamoto prefecture, expect to see beautiful scenery like forests and hidden shrines. In terms of character design, the humans are not too flashy, which helps to highlight the magical nature of yokai. They are often cute or silly but also can be scary, so you can expect everything from this aspect. The soundtrack is one of the best aspects of this anime. It never feels intrusive and contributes significantly to the comfortable atmosphere.

It is not a secret at this point that I love this anime. Actually, it is absolutely a favorite anime of mine. Yet, I am aware it might not be everyone’s ‘cup of tea’. It is not fast-paced and scary despite the intense subject matter. It has some entertaining action scenes, but they are too far in between if compared with similar shows. Still, I can’t stress enough: this is an important show, and rightfully so. It is aesthetically and musically beautiful, explores Japanese folklore wonderfully, and most importantly, gives hope when you most need it. In this world, it is easy to feel worthless, ugly, and not deserving of love. Nevertheless, Natsume’s Book of Friends tells us that this is not the case, and we need to hear that occasionally.

Though you won’t see him appear in the cinematic universe anytime soon, many may not be aware that Dracula is a Marvel character. Being the star of his own comic…

There are a number of different things that can separate anime fans in their enjoyment of the medium; sub or dub, manga or anime or the go-to for any DBZ…

I had the great fortune of viewing the documentary Satoshi Kon: The Illusionist (2021) at this years’ Nightstream horror film festival. As a longtime fan of his work it turned out…