Every generation has a movie or TV show that collectively traumatized it. Whether it was Tommy Lee Wallace’s It adaptation, The Texas Chainsaw Massacre, or Cory in The House, we keep close to our hearts the fear these pieces of cinematic art inspired in us. Manga and anime are not an exception of this phenomenon. Even during its mainstream distribution infancy in the early 00s, different series and comics coming from Japan awoke a sentiment of uneasiness that accompanies us even today as grown adults.

One of the works coming to our shores during this time was the infamous, now cult classic Shrek (2001). Spanning a series of movies and one OVA, many unwitting parents exposed their kids to all the kinds of horrors and degeneracy that this saga explored. Surely falling under the impression that anything that is animated is suitable for minors, they instigated the first source of trauma in their offspring, which soon would have unsettling societal consequences with the creation of the Shrek is Love cult. Let’s explore then how and why Shrek became such a pivotal aspect of our existence to this day.

How did Shrek come to be?

Originally created by Hideaki Anno in hopes to overcome his depression by facing his inner demons after his Evangelion success, the Shrek concept had a long road to go before being the movie classic we know. After many funding efforts fell through, Anno finally contacted a young Gen Urobuchi, who had recently started to work in Studio Shaft. Looking for an interesting project to make a name for himself, he decided to risk it and make Shrek the studio’s next project. It was not easy but after years the movie was completed. 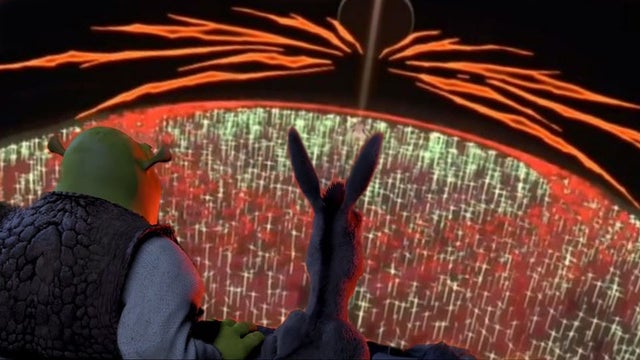 However, the challenge was not over. Knowing that the Japanese audience would not respond well to the tale of the existential green ogre and his shape-shifting bride, Anno and Urobuchi had to set their eyes on the US. After a bidding war, the renowned 4Kids Entertainment licensing company acquired the distribution rights, which allowed the film to be screened in many theaters around the world.

Why Shrek is terrifying? A deep-dive analysis

Shrek is a tale full of intricacies that easily can flow over the head of its viewers. However, since its complexities are part of the narrative fabric of the whole story, they inspire a subconscious sense of dread in the audience. First of all, the conflict between Lord Farquaad and Shrek for his swamp alludes to the never-ending fight against the monarchy. Shrek is an ogre that embodies all the chaotic energy of the world and, as such, it is designed as the power that can defeat the establishment. This aspect is exacerbated when the fairy-tale creatures chose him as their champion. The weaker ones succumb to the darkness and will embrace it when the situation calls them, even if that means putting aside their morals. 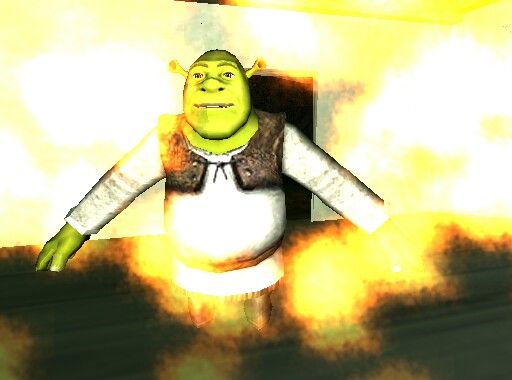 The Shrek temptation is too big

The fact that Fiona, another symbol of the establishment, decides to keep her ogre form also hints Shrek’s sinful allure. She is a human who has been violented by being held in a tower but she still retains her humanity by day. Once she is exposed to Shrek’s disruption, she is tempted by that green-ass and chooses to reject her humanity. While Anno and Urobuchi constantly offer us the hope of the redemption of her and Shrek by the Donkey character, he also submits to his earthly desires and enters a relationship with a dragon at the end of the movie. Shrek is a tale of cosmic horror in a way since it shows us how corruption and evilness are inevitable even in an inherently pure setting as fairy tales.

The Shrek is Love OVA controversy

Shrek was controversial after its release. As mentioned before, many parents took their kids to watch it, believing it was suitable for them. After many protests, it was quickly banned in cinemas around the world. However, 4Kids decided to take advantage of a legal loophole and distribute it again on DVD. Here is where the movie found success and critical acclaim.

Unfortunately, Shrek was not done pushing the envelope and, this time, they did not have the same luck. In 2013 the Shrek is Love, Shrek is Love OVA was released. Produced by Anno and directed this time by Sion Sono, who wanted to explore the anime genre for a while, this 30-minute OVA was considered at the same level as A Serbian Film. The OVA depicts the tale of a young fan who is abused by an omnipresent manifestation of Shrek. While many interpreted this as a symbol of the inescapability of evil and loss of innocence, many others saw it as an insult to the original Shrek’s legacy.

After some organized groups started to form what is now called the Shrek is Love cult, which many consider a terrorist association, the OVA was banned and destroyed. While private copies exist, once they are uploaded to the internet they are quickly deleted. Some scenes still circulate in the clear net but, as far as we know, the Shrek is Love, Shrek is Life animation is technically a piece of lost media.

Many point out Shrek as the exact time when they lost their mental innocence. While many movies made an impression on us, no one can surpass the key role of this film in waking up our cynicism, sense of cruelty, and despair. Many extreme of its scenes can make our stomach turn. I mean, Gingy torture scene seems straight out of a Pasolini movie. Nevertheless, Shrek appeals more to an existential horror that is ingrained in us from the moment we are born. Once you watch Shrek for the first time or its OVA, you can confidently say that all is ogre now. There is no hope and that is the fundamental horror of living. 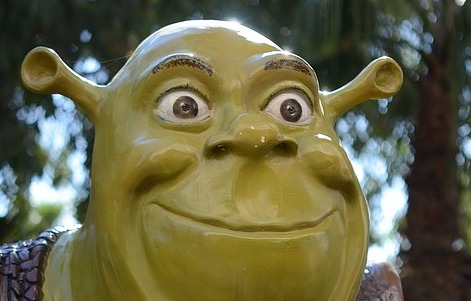