So why this one? Everyone comes back to the manga found by a concerned parent. Despite what many sources online state, the discovered manga was not Honey Room itself. In actuality, it was another anthology by the same publisher that included just one of Beauty Hair’s works: Mutual Love. When the father denounced this volume to the conservative LDP politician, Hirasawa Katsuei, he singled out this one as the most contentious one. This decision it was-in part- more about logistics than anything else. Suing many authors at once was too much work and a legal nightmare. Choosing the author with the most objectionable one-shot of the bunch was more realistic and enough to set the example. Following Beauty Hair’s trail eventually lead Katsuei to Honey Room where another Beauty Hair’s piece was also deemed as obscene and worth disparaging: Crawling About.

Mutual Love and Crawling About: A Case of Consent and Depiction

The point of contention about Mutual Love and Crawling About lays in two aspects: firstly, being how sexual violence against women is depicted, and secondly, the way it portrays genitalia. Regarding the former, this is related to each story’s plot. Mutual Love tells the story of a prostitute who is subjected to all kinds of sexual brutality by a client. Although she seems to be suffering, in the end, she alleges that she actually likes it and was complicit in all acts from the beginning. Crawling About is more straightforward when it comes to consent and the lack of it. A young woman is kidnapped and abused in all ways imaginable by a group of criminals. She ends up being saved by a meek neighbor who was complicit at first with the attack but has a change of heart by the end.

Crawling About by Beauty Hair

One of the main arguments against these works is the fact that they show women as simple “objects of male pleasure” and offer a distorted picture of the difference between pleasure and discomfort that could lead to criminal offenses by the youth. The defense defied this allegation by stating that the line between consensual and non-consensual sex was clear from the beginning or later clarified completely by the characters. To this, the prosecution fired back and said that in Mutual Love, the proclamation of the main character being into the torture received was more a way to weasel out its questionable violence than about tastes. Since the main character gives more of a soulful and resigned look than an eager one to her statement about consent, it is fair to say there is debatable ambiguity. 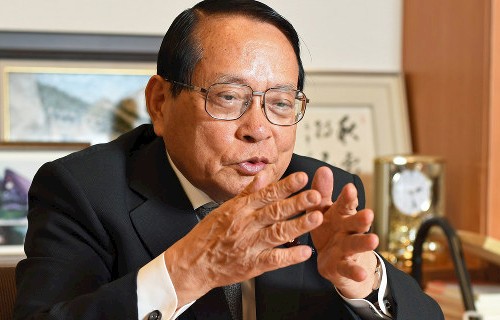 One of the other reasons why Beauty Hair’s manga was targeted was the fact genitalia was indeed drawn in too much detail, without any artistic alteration or interpretation as was typical culturally. From all the works assessed by the police, the self-censorship masking to obscure genitalia or intercourse was 10% lighter than usual. The defense proceeded then to point out this kind of representation was only appealing to a certain type of audience, being this the otaku who had a clear inclination for 2D characters anatomy and not real females, thus the chance of them offending would be close to null. The fact that Beauty Hair’s lawyer brought to the table the otaku was not the best strategy and certainly backfired. While he tried to portray them as harmless, the minds of everyone quickly went to the likes of Tsutomu Miyazaki, the Otaku Killer. Even though it was stressed enough that Honey Room was made with adult readers in mind, the fact that adults can also deviate thanks to works like this destroyed this defense.

What Happened to Honey Room at the End?

After many trials, an appeal, and proceeding through the Supreme Court, Beauty Hair and his publisher, Motonori Kishi, avoided jail time by pleading guilty and had to pay a fine of 1.5 million yen (approximately 13.750 USD) plus legal fees. While it was surely a relief that they did not serve time in jail, many aspects of the whole ordeal were just as traumatic. Both of them arrived at the courtroom in handcuffs. During interrogation, the prosecutor threatened, among other things, to arrest all the publisher’s employees and mark their families.

Certain Japanese politicians tend to attack manga as the source of all evils and yet they fail to see the root of the problems they want to fix. In 2008, UNICEF publicly denounced Japan for failing to control child porn. Instead of revising the law or criminalizing the use of minors in practices like Chaku Ero (clothed provocative pictures), politician Shintaro Ishihara set his eyes on manga again. At first glance, his proposed reform to the Tokyo Metropolitan Ordinance regarding the Healthy Development of Youths, (that ended up becoming Bill 156), seemed commendable since it offered some control to controversial works like loli-con.

However, soon a series of disingenuous interviews on television, and his negative stance on LGBTQA+ issues, proved that children were not his top priority. This is a rabbit hole by itself, but let’s put it this way: the first batch of manga deemed as “harmful to minors” stayed more or less true to its initial spirit by censoring works like Okusama was Shogakusei (My Wife is an Elementary School Student). Fast forward a few years later and this bill seems to shift gears and set its eyes to BL (Boy’s Love) manga. While BL manga can push the envelope too far just as any other genre, the censorship does not offer much explanation why other than “stimulate sexual feelings and impede the healthy growth of adolescents”. In the meantime, works like Kodomo no Jikan are still being published and displayed, while works penalized by Bill 156 get extremely limited releases and are quarantined in manga stores. 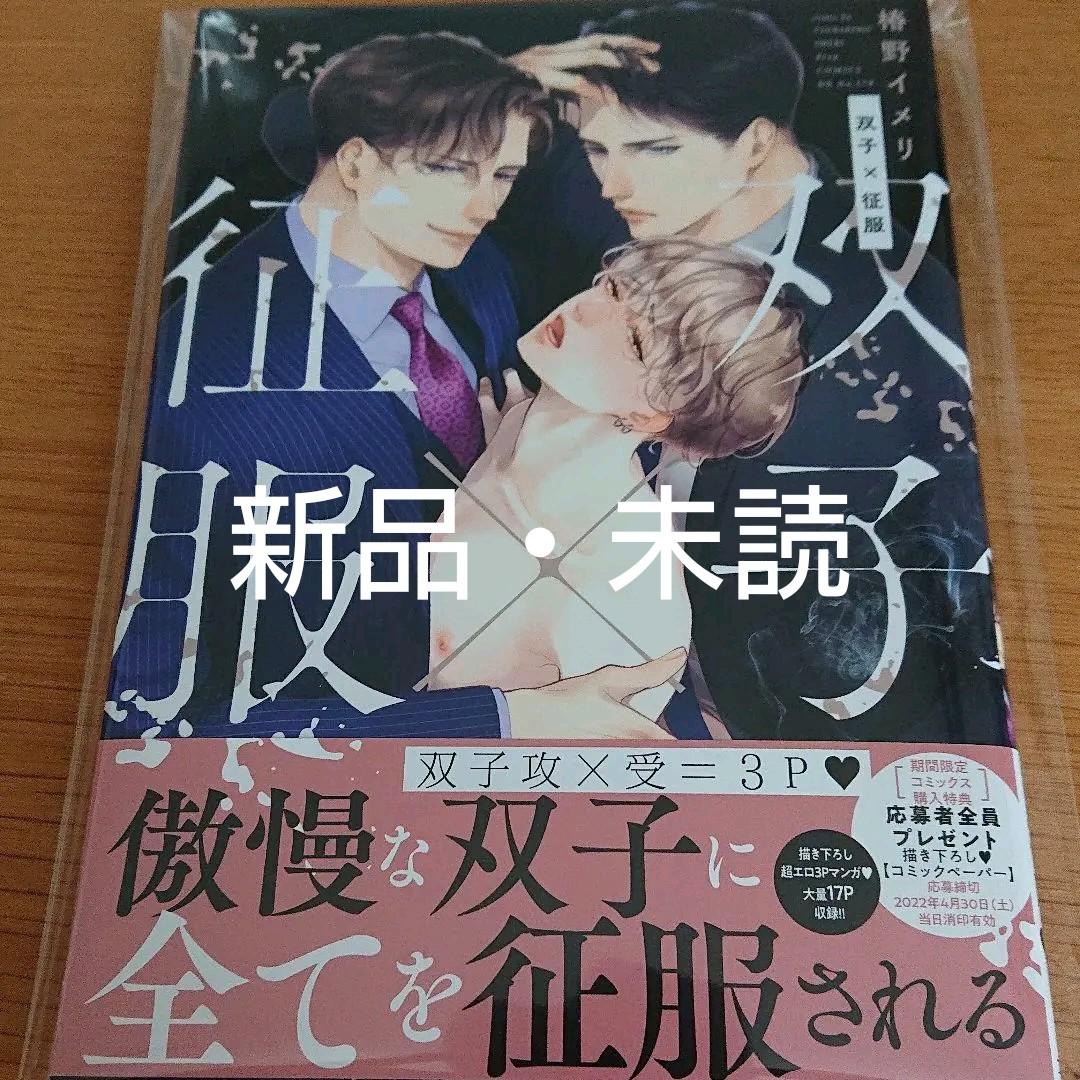 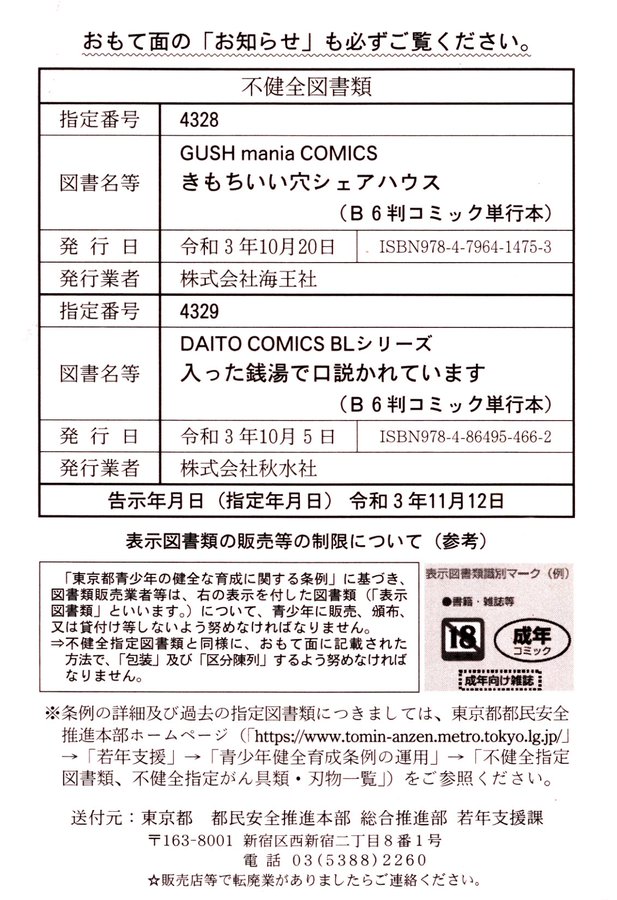 Honey Room suffered a similar fate just a few years earlier. There was this need to pinpoint exactly where all the societal problems started. It is easier to blame something tangible for Tsutomu Miyazaki (the Otaku Murder), teens being exposed to hardcore content, or the Japanese declining birthrate. Never mind that people can be evil from birth, having kids is expensive, the government does not offer almost any childcare support, parents work so many hours, and they can’t supervise their kids as much as they should.

To be fair, this is not a problem exclusive to Japan. Every country in the world is guilty of fear-mongering when it comes to dealing with uncomfortable subjects. Facing the root cause is always the more effective solution.

After the trial, Beauty Hair kept publishing works under the same pen name with the same publisher through 2006. His wife’s blog describes him as a simple family man who happens to draw super anatomically explicit erotic manga. On the other hand, no other similar obscenity trial happened since then and Katsuei Hirasawa has been in office as Minister of Reconstruction until 2021. If another such legal case will happen only time will tell us. Let’s just hope the people involved have the best interest of everyone involved in their hearts and it is not as mean-spirited of an experience as it was the Honey Room trial.

Gaia is a strikingly gorgeous and demented release from new mangaka Asagi Yaenaga, who is transitioning from their expressive and violent art pieces into the realm of narrative storytelling. The…

There is something about bad media that can be extremely attractive in some cases. Why The Room is still revered while The Exorcist II is panned? This fine line between…

While waiting for the release and review of the volume 5 and 6 of the manga Siren Rebirth, I thought it would be nice to focus on some previous manga…

The horrors of war don’t just end once a solider returns, in fact one of the saddest aspects of global conflict is societies lack of post-care for soldiers. Unfortunately, heroism…

At some point in history, the magical girl genre existed as the pinnacle of wholesomeness. Yet, Madoka Magica became a staple as the deconstruction of it. At this time, it…