Thai horror is often overlooked, but can be just as terrifying as its Japanese and Korean counterparts. Luckily, with releases like the wonderful Girl from Nowhere (featured in our best television shows of 2021), Netflix appears to be trying hard to change that. Unfortunately, I would not say that its new horror anthology School Stories is on the same level as the series starred by Chicha Amatayakul.

Despite using a similar school setting and exploring the dynamics of karmic cause and effect, this 2022 series’ visual ambition is one of the biggest downfalls. Instead of owning their limitations and focusing on their strengths–which is quite entertaining storytelling–the awkward use of CGI cheapens the whole experience. This is a dreadful shame because, while this series is not in the same league as Shutter by any means, it is still a good show for young viewers or those looking for a compelling horror experience of the likes of Are You Afraid of the Dark?.

Just as the name implies, School Tales is a horror anthology series set in different schools. Each self-contained episode tells the story of a student who, for whatever reason, ends up involved in a paranormal situation. Sometimes this adds more stress to their lives, but most of the time there is a quick solution to their problems. However, as the story progresses, said solution brings its own set of issues.

For example, the second story (my favorite of the bunch) “Vengeful Spell“, presents us with Pleng. She is a high schooler who finds out that if she writes the name of her enemies on the back of her foot and casts a spell, she can curse them. Despite this ritual seeming juvenile at first, Pleng soon realizes this is a hardcore curse. We are not talking about losing your hair or having nightmares. This curse can actually make her victims go crazy and kill themselves. Things get interesting when one of her targets ends up being someone close to her crush, and she realizes that a curse like this can’t be lifted midway through.

Just like Pleng, most of the characters in this show get what they want, but they must deal with the consequences–which most of the time are worse than their initial situation. With a lot of vengeful ghosts and an unexpected tendency to explore body horror, this idea is the connective tissue in every episode. 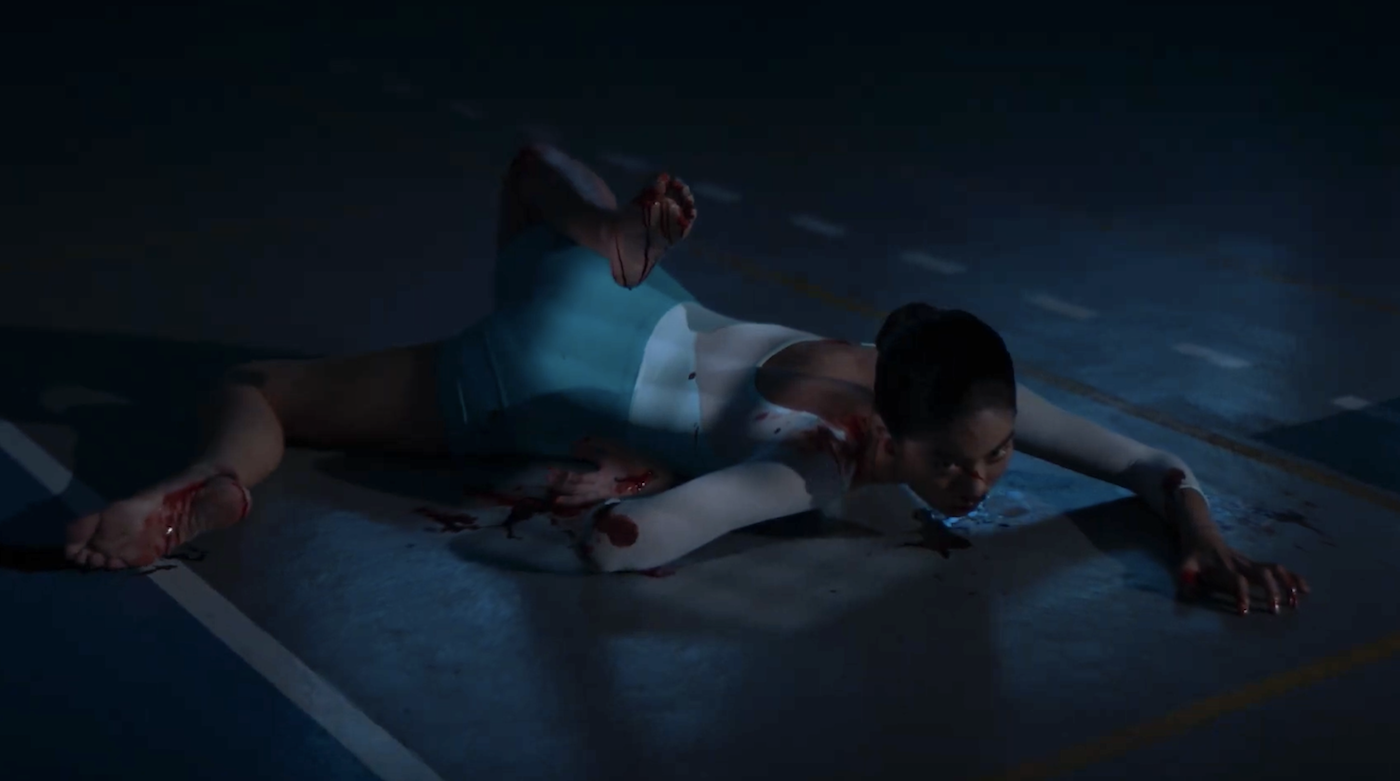 Horror does not always have to be frightening to be enjoyable. Shows like Tales of the Crypt might seem campy and even ridiculous for some, but seeing how the writers play with the usual horror tropes is where its real value lies. For example, in School Tales there is an episode where a girl desires to be as beautiful as one of her classmates. After doing some research, she receives a potion that grants her desire. I almost rolled my eyes to the back of my head when I saw the fairy tale-like flask and the seemingly generic approach. Positively, while the writers played with the usual tropes, they injected it with some interesting twists, so the execution ended up being both creepy and fun. Evidently, the writers did not have the most original ideas, but knew when to go along with the usual tropes and when to add compelling divergences. 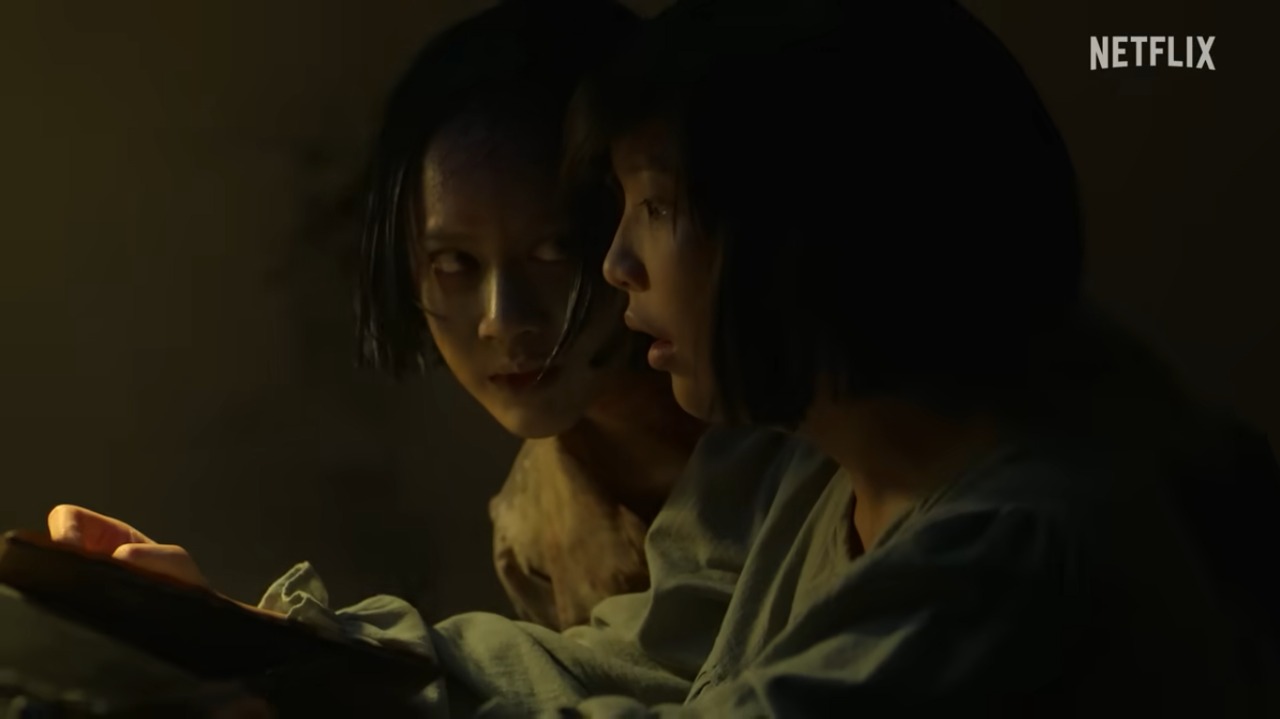 My biggest issue with School Tales is its visuals. As mentioned before, this show’s strength is its narrative, so when you match it with subpar CGI it cracks whatever atmosphere you have created. For example, the first episode “7 A.M” present us with the dynamics of the students in a cursed classroom. While this episode is one of the weakest, all is fine and dandy until a cheaply made ghost-like energy appears. Something similar happens in the episode “The Book of Corpses”, in which we see the shadow of a creature attacking someone. All these scenes seem to be made with a bootleg version of After Effects, and it shows. They are certainly flashy, but only disrupt the narrative flow because you need to stop and absorb how bad it is. 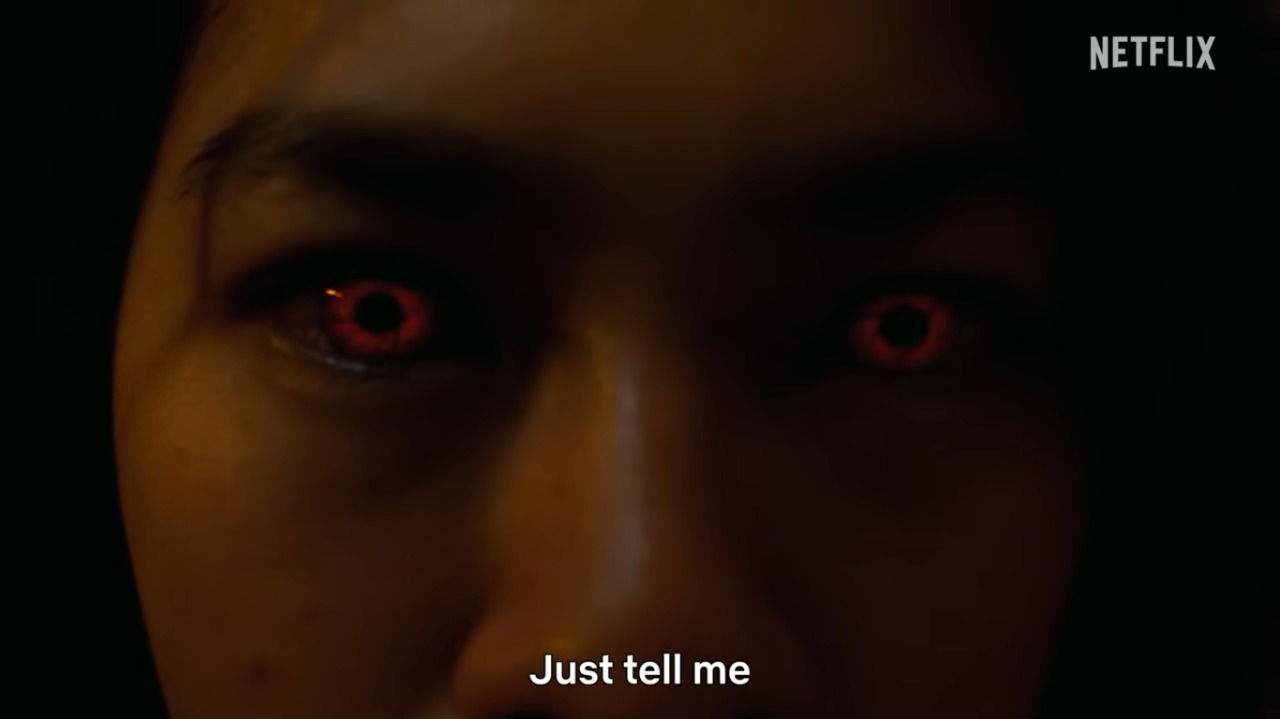 This is unfortunate because, when the series decides to show less, the scary factor works much better since it does not interrupt the whole experience with laughable digital effects. School Tales was never meant to play in the big leagues, so I don’t understand why they decided to invest time and money in something that does not add anything.

Some have said that School Tales is bad only because is set in a school and it is not “high quality” horror. However, I would say that they are using the wrong standard to judge this show. It is like saying that Shaun of the Dead is a bad zombie movie because it is not George Romero’s Dawn of the Dead. School Tales is a show geared towards younger audiences, or someone who likes horror but wants some popcorn entertainment with idiosyncrasies of Thai cinema. With that framework in mind, it is fair to say this show is flawed, but that it has some interesting stories to offer. Despite the limitations of its setting, it is a show that any horror fan can enjoy without feeling insulted or, worse, bored.

School Tales is available on Netflix

To say that director Zack Snyder has had one hell of a year would be an incredible understatement, and I mean that in the best way possible. Anyone unfamiliar with…

While zombies have traditionally been mostly influenced by Western culture, the zombie sub-genre has been getting a resurgence these past few years thanks to South Korean. Zombies are some of…

Incident in a Ghostland has been popping up on horror fan group pages since its recent release on Netflix, and the reviews are mixed. It seems to be a “love…

Film trilogies are a tricky business. With the exception of Lord of the Rings and Star Wars, most trilogies don’t set out planning to tell a singular story across three…