Ero-guro manga is often known for telling stories in the bleakest way possible. Among all the blood, violence, and adult content, it is hard to find any hope for the characters involved. Hiroaki Samura’s Bradherley’s Coach is no exception. As in much other manga of this kind, pre-teen girls get the short end of the stick and suffer all kinds of humiliations and tragedy. However, this manga does something that stands out among tons of titillating and exploitative works in the genre: it presents us the victims as people with depth and dreams instead of just as crying lumps of flesh.

This statement might sound too judgmental, but in a world where the shocking factor needs are, at times, raised artificially to stay relevant, Bradherley’s Coach remains unforgettable due to its disturbing nature, explored both in terms of violence and personal tragedy. Yes, this manga gives no consolation whatsoever to the audience. Thus, I would not recommend it to anyone; but if you are willing to give it a try, you will find a beautifully horrific tale of broken dreams sustained in unrelenting hope. 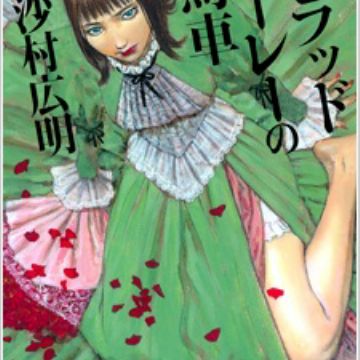 Set in early 1900s Europe, Bradherley’s Coach tells the story of aristocrat Lord Nicola A. Bradherley’s initiative on adopting orphaned girls to train them and join his opera troupe. In theory, this sounds like a dream come true. Each year, girls seemingly get the chance to significantly improve their circumstances, and maybe even help their friends and foster homes in the future. Unfortunately, things are not as good as they seem. While every selected girl receives a beautiful dress and is taken to her destiny in a lovely coach, not all of them reach the Opera Troupe. The numbers just do not add up. 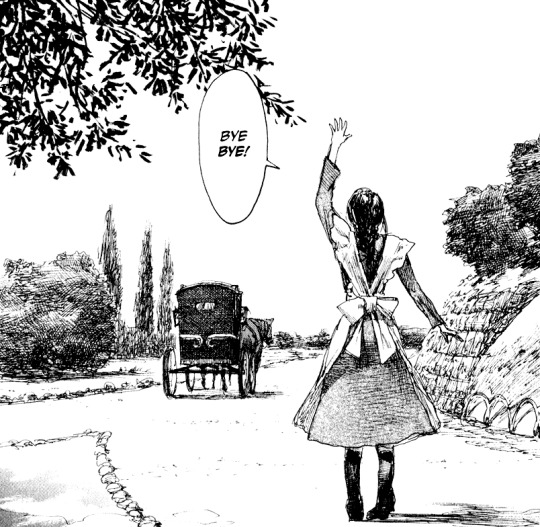 While many notice this discrepancy, none of them can even imagine the horrors waiting for the ones who are not selected to be under the spotlight. The ones who don’t make the cut end up being offered in the Paschal Festival, which is basically taking the girls to jail and putting them in a room full of violent and sex-deprived inmates, in order to “blow off some steam” to avoid riots and uprising. As you can imagine, not many girls survive this ordeal and the few that do, hope that eventually they will be released. This will never happen.

Bradherley’s Coach is formed primarily of auto conclusive, beautifully drawn, chapters that explore many characters who are connected to the Paschal Festival. One chaper portraying an orphan girl, another with a girl who found success in the Opera Troupe and wants to know more, and a third story focuses on the inmates and guards. No matter the point of view, the author knows how to flesh each one out. You can tell they are people with aspirations and dreams who are thrown into terrible circumstances they cannot change. It is sad and infuriating, but also consistent with the historical context where the story is set. Antagonist characters are explored as well, and they not always are portrayed as an ethereal presence like Lord Bradherley’s. Sometimes characters will do anything to end up being taken to the Opera Troupe, without even knowing the risk that an empty promise ensues. In a way, these plots are oddly karmic and help to balance an otherwise completely depressing story.

Bradherley’s Coach is not suitable for everyone. Violence, both physical and sexual is explicit enough to know exactly what the girls go through. However, I would not say it reaches the same level as the likes of Uziga Waita, for example. Still, for someone looking for a more unambiguous depiction of viciousness, it might feel underwhelming since the manga is, above all, an emotional tragedy. 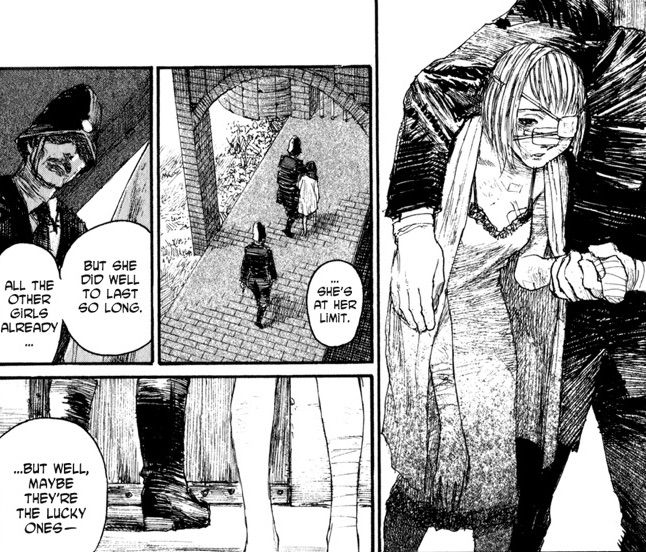 On the whole other side of the spectrum, the ones looking for a tragedy might feel disturbed by its visual content. As seen in his other works like Blade of the Immortal, Hiroaki Samura’s art style is realistic, so aspects related to body horror can be too much to handle. As mentioned before, the story does not reach titillating levels, but it is still challenging to read. To read this manga and take in all of its nuances, you have to be in a very specific frame of mind. Not too violent, not too sentimental; Bradherley’s Coach must be enjoyed in a neutral state where you can resist both.

The fact that Bradherley’s Coach is found in many lists of disturbing manga is not a coincidence. Nevertheless, the way it unsettles the reader is much more complex. Violence is raw and awful, but what remains after reading these girls’ ordeal goes deeper than that. While I can remember just a few physical violence scenes that made me wince, I can name many more plot lines that broke me. The horror lies beyond blood and sexual humiliation. It runs more in the empathy that these girls’ tragedy inspires in us. This adds value to a story that, because if handled differently, would have been just a shallow gore-fest.

The Drifting Classroom (aka Hyouryuu Kyoushitsu) is a horror manga series released all the way back in 1972 by Weekly Shonen Sunday. This piece of art is written and illustrated…

Crueler than Dead wastes no time starting, dropping us into the story with Maki and a young boy in a small room with no clue what is happening outside. We…

There is a strong style of horror that uses whatever we take for granted as safe in life, and turns it into a nightmare. However, once I started to read…

June 10th, 2021 marked the release of Trese on Netflix, an animated series based on a Filipino Komik of the same name. The anime has been having impressive traction on…