Before finding success with his nostalgic “High Score Girl”, Rensuke Oshikiri went full-Michael Haneke and brought us “Misu Misou”. Bleak, cruel, and extremely tragic, this manga explores to an extreme length how bullying can become a murderous affair for everyone involved. Granted, Haruka’s journey as her town’s new punching bag is subtle as brick but seeing her exacting vengeance against her aggressors is worth every second putting up with this depressing manga.

While it has many flaws and the author’s inexperience shows in every page turn, Misu Misou is, at the end, a satisfying tale on how a teenager takes revenge on her classmates once their abuse is taken too far. This aspect is precisely what it saves this story from falling entirely in melodramatic mediocrity and makes it raise as a memorable manga.

Haruka Nozaki is a middle school girl who moves from Tokyo with her family to a small rural town. At first her classmates welcome her warmly, but jealousy soon takes over and she becomes the target of relentless bullying. Since parents seem to turn a blind eye to their kids’ behavior and her homeroom teacher is more focused on dealing with her own trauma, Haruka endures the abuse by remaining as stoic as possible. Her loving parents and little sister, along with her only friend Mitsuru Aiba are the ones that make her circumstances tolerable. 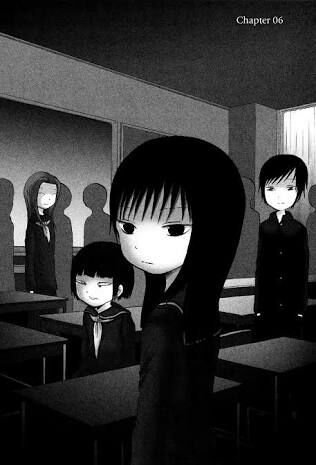 However, despite Haruka’s efforts, her parents finally find out what she is suffering. When they realize her teacher does not care about what is going on, they decide to pull her out from the school.  What it seems as the end of Haruka’s ordeal, ends up causing a chain reaction that leads her bullies to start an “accidental” fire in the Nozaki household.

Haruka sees in horror how her parents die in the flames and her sister ends up comatose. Hopeless and full of grief, she has nothing to lose anymore and she will bite back this time when her bullies attack again.

Misu Misou has many problems, but how Haruka’s takes revenge upon her bullies is not one of them. As petty as it might sound, it is incredibly satisfying seeing her channelling Jennifer Hills and making her classmates suffer in the same way her parents did. The girl is surprisingly crafty, so she is able to use scissors or nails in quite inventive (and bloody) ways.

Ironically, it is not like she is actively looking to attack them. As if karma starts to finally work on this town, her bullies’ gory demise is a direct result of them trying to inflict more abuse on her. This time, Haruka is not as passive and that definitely takes them by surprise.

Where do we start? First of all, Misu Misou depiction of bullying is too campy. Kids are cruel and harassment can escalate to unexpected lengths. Still, no major explanation of why in this small town, of all places, it is so rampant. There are hints of this situation being a result of generational trauma since parents candidly admit they would rather want their kids bullying than them being bullied. Unfortunately, this angle that is never explored fully. This manga needed that depth desperately to balance our all its exaggerations but we never go it. 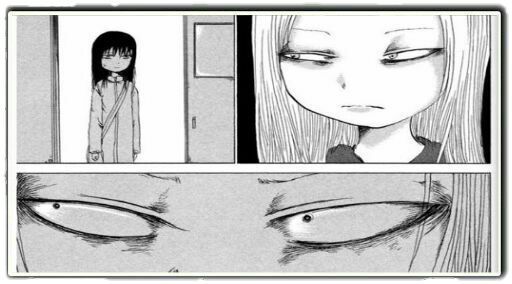 Something else that did not work at all is the drawing quality. Not every manga needs to be cute. Taiyo Matsumoto’s Tekkonkinkreet for example does not have a mainstream pleasant aesthetic, but it is consistent and original. However, Oshikiri’s style is often clearly off-model due to lack of the artist’s experience. In a way, that adds to the nightmarish atmosphere of the story but the fact it is not intentional is discouraging.

Misu Misou is not for everyone. It is not about the blood and guts but more about how it handles the bullying subject. At some point, it seems like the universe just hates Haruka. Because of this, instead of feeling sorry for her, the reader might feel the situation just too capricious to be taken seriously.

Since unwittingly the author cheapens so much a tragedy that still today traumatizes so many people, at the end this manga shines not because its drama but because its violence. It could have been so much more, but at the end of the day is worth reading Misu Misou for a quick thrill. A good one and memorable, but not the one the story deserved. 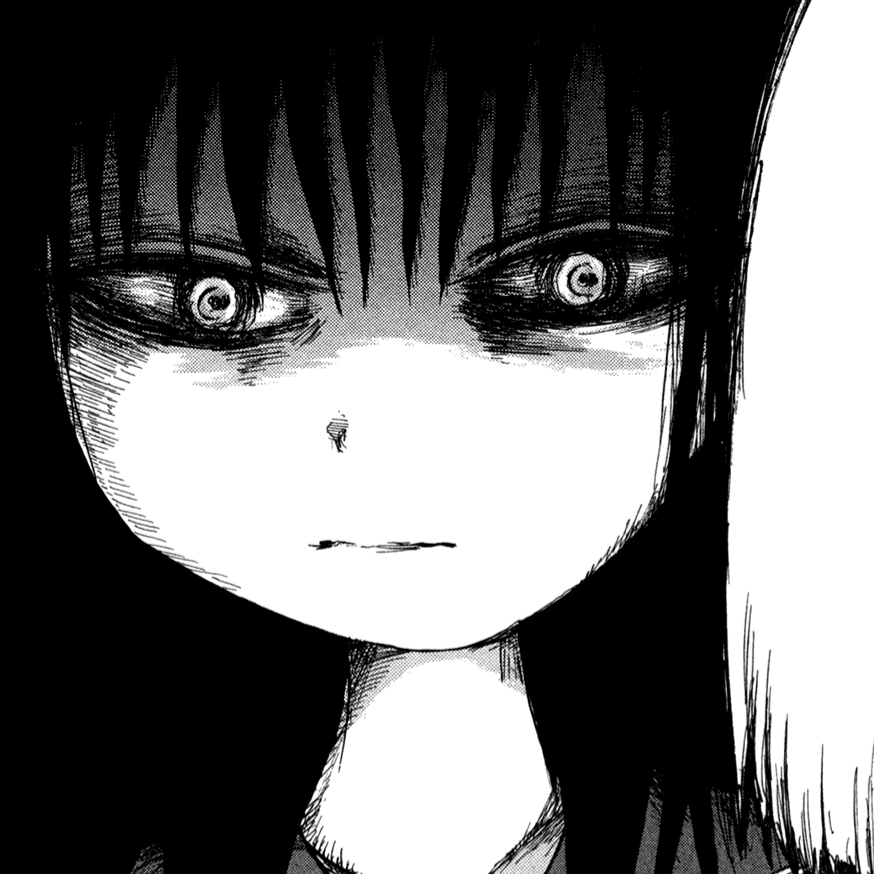